In order to be ready to pounce on all opportunities that are in your industry, and that you see fit, you will absolutely need to sharpen your skills everyday in some way, for a specific purpose.

You cannot simply expect amazing things to happen that involve a certain degree of flow if you are not willing to work on specific intangible and tangible skills every day. This is called sweating in peace time to bleed less in war.

There are reasons why people appear effortlessly lucky and seem to always get the best opportunities. They are doing so much behind closed doors that no one ever covers.

They are secretly hustling daily before you see them blow up. When you see them hit massive success points, you’re just witnessing the end of a long, unseen process.

Have you ever witnessed someone who seems to touch anything and it turns to gold? The guy with the Midas touch for business that can seemingly make anything become real?

Maybe you’ve tried these things multiple times and you just can’t do them as well. Nine times out of ten, that person will have tried to do the same things, except hundreds or thousands of times.

It’s a matter of time in and patience; it’s reps, it’s sets. It is because they have spent days, hours, and years accomplishing what you’re trying for the first couple times. Sharpen your skills everyday so you can catch up to that level.

Brazilian Jiu-Jitsu & A Note on Mastery

Mastery is an unavoidable pre-requisite for success appearing effortless.

I witness this often in Jiu-Jitsu.

I typically train no-gi, though I want to start using the gi more frequently; I was always just more interested in no-gi first.

Anyhow, whenever I roll with someone who’s simply had much more time and practice on the mat, they effortlessly destroy me.

The same goes for the ones who have put in less time than me, I’ll toss them around and submit them. It really doesn’t matter who it is or their size. If they don’t know how to grapple as well as the guy who has put in more time, they will get demolished.

I’ve been twisted up and submitted by tons of little guys who are beasts, and younger people who are 20 pounds less than me; it simply does not matter.

Brazilian Jiu-Jitsu is actually a great life teacher! There are so many macro and micro lessons to be learned from the amazing grappling sport.

You learn how far you can push yourself, how much punishment you can take and still keep moving forward, you really intimately get to know the types of people you roll with based on their behavior, and you understand the role that ego tends to play out in life.

The people who’ve reached black belt status are some amazing human beings. Beastly in dominant fighting nature, yet most are tender and loving.

This is the way of the true martial artist.

Being ready to flip a switch and destroy when need be, but in daily life keeping a calm, controlled and accepting nature, is a work of self-control and balance.

Sharpen Your Skills & Keep Going: Are You a Stoic Or Epicurean?

Remember that if you’re ambitious, you’ll never technically get “there”. You will simply keep developing your tangible and intangibles, and move forward consistently. The next goal is always on the horizon and you’re always looking to better your self and further develop your character.

This is a helpful tool, but can become a bit dooming if you let it rule your life! Don’t ruin your present moments, trading them away for what might come the next day.

There may be time to go conquer those new things and there might not be! You could technically die tomorrow night, or in 45 years from now. We really never know.

So just like Plato and Aristotle’s synthesis concepts, we must find that sweet balance of grinding towards what we want, enjoying life in the now, and living for a better tomorrow.

This is the true conjoining of the Stoic and the Epicurean person.

Neither is right or wrong, but my personal answer to being stoic or epicurean is yes.

It’s not an either or, and it can definitely change in the near future, but it’s simply finding the synthesis between the two. Currently I lean towards a more Stoic approach as I construct my ideal life, and with different levels of prosperity, the natural human nature is to back off to an Epicurean approach.

Let’s break down the word synthesis.

Thesis – A premise or theory to be maintained or proven –

Strike a balance between the two of these approaches and discover which one works for you.

“A nation is born Stoic and dies Epicurean.” – Will Durant

Whenever the people contributing to the incline of nations achieve what they want, they tend to get looser and prosper. They sit and rest on their laurels.

This is a dangerous trap to fall in. Like Earl Nightingale speaks on, there’s a specific level of hustle that you need to adhere to in order to not get lazy.

Too much prosperity allows one to sit back and admire only their past works without pushing forward relentlessly.

A certain level of winning and prosperity will do a country amazingly well. Going beyond this limit will normally push its people into obesity, laziness, complacency, and other detrimental, life-robbing factors.

You can witness this if you take a peek outside into our modern world.

Many of the enormous first world countries presently display a large dose of complacency after the main foundation is built. Countries like China, USA, UK, France and Australia are often under this biased influence.

You can see which countries are still physically fit and lean. Usually, it’s the developing world. Southeast Asia,  South America, and other areas of the world have no problem getting up early to exercise, or using their sheer population mass to revolt against unfair laws and injustice.

The major first world countries have become highly accomplished, and have stopped pushing many important things forward. This exhibits itself in the type of media we consume, the foods and chemicals we freely eat, our lack of exercise, and the settling in job positions that we hate just to get by.

These countrymen are not gaining skills and upping worldwide awareness anymore.

There’s no pressing need to gain your independence, like America felt from Great Britain in 1776. No need to revolt against things you’re not aware of, because ignorance is bliss.

Nations die Epicurean, often taken over by more Stoic ones, due to lack of pressure and urgency.

Look back at history.

The nations who were preparing and sharpening were always the ready ones when it came to war.

Nowadays, as business is the type of war we engage in, we push our movements out into the world for the betterment of everyone involved. Entrepreneurs who are ready and ambitious are the ones who seize opportunities and get the eyeballs.

They don’t voluntarily give their power up to the bigger forces.

Many nations have forgotten exactly how much power resides with the mass of its citizens. The same types of power we give away freely in our first world countries, is many times fairly checked and balanced by the people of developing countries.

Why should we submit our power to people in nice suits who are deciding all the laws and rules? Does it not make sense that more physical power and decision would lie with the collective of people if they banned together?

In Spain, if something is corrupt and unjust, there are people in the streets demonstrating it’s not right. However, these first world countries get upset as well, but riots are much smaller in comparison and contain less destruction and social change.

Developing nations are always more Stoic than they are Epicurean. Then they decide to relax and the people who are still aggressive and Stoic take over what they want without anyone putting up a fight.

Deciding Which Skills Are Important: Sharpen Your Skills Before the Opportunities Arrive

Sharpening your skills to be aware, finding better sources for your food, being conscious of what you listen to, and setting your own rules for your life are more efficient paths to achieving a life that’s free of influence you don’t want.

So how can we know which skills are the most vital and crucial to our timely progression?

It all depends on where you’re going.

As I always say, starting out by deciding where you want to end up is the most efficient way to go. This is called reverse engineering. If you have no destination, you’ve already lost the battle. However, if you’ve set the destination already, you’ve won half the battle.

This is because consistently showing up will put you ahead of the crowd. Sad but true!

Things start falling in line and working for you, and your subconscious mind will help you work towards it 24/7. Nothing can resist your own will that is asserted into the world confidently.

As ye sow, so shall ye reap.

Plant success seeds and always sharpen your skills that are in line with your goals and you’ll achieve those things.

Always do this even before the “opportunities” show up. What you do actually creates them because you throw yourself in line with the right ones.
If you believe it, sharpen yourself, and work for it, it will happen.

* This is part 2 of a 2 part series about sharpening your skills. If you haven’t read “Sharpen Your Skills (Pt. 1)”, click here. 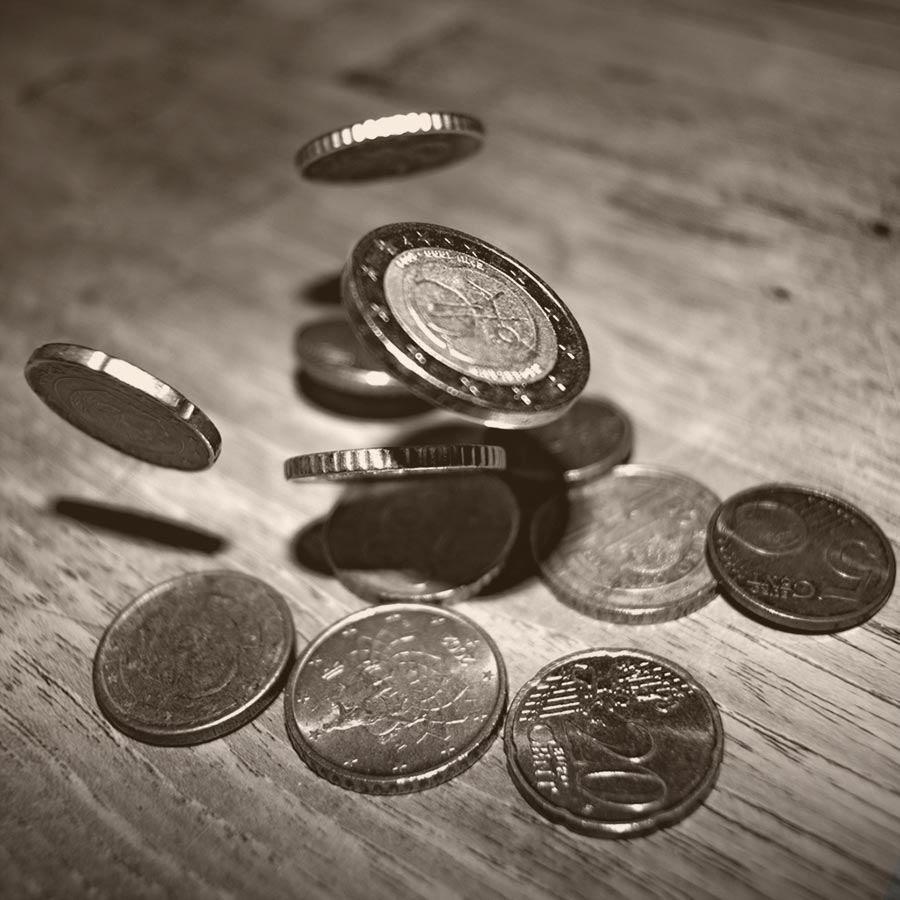 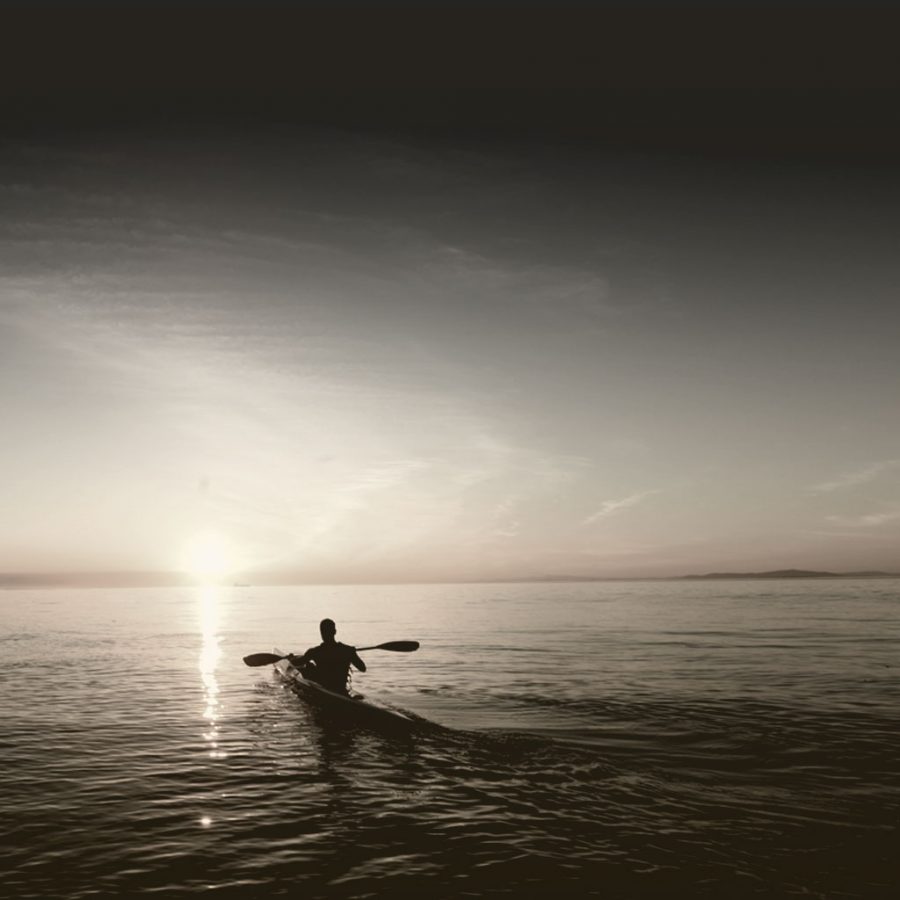 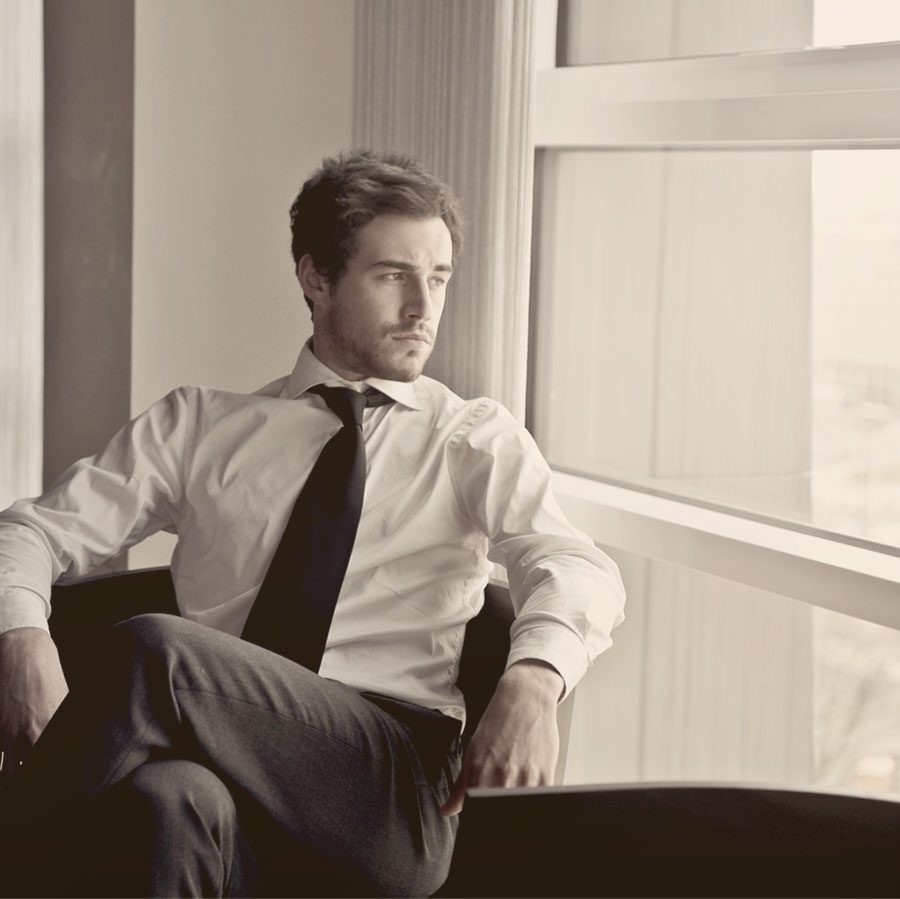