This article is part of a larger series where we delve into what has happened in prestigious cultures of history to look forward to what it means for us. We can learn massive amounts about life by looking at the past, and history always finds ways to repeat itself. This collection will likely be added to and expanded periodically. This article focuses specifically on the ancient Egyptians.

We can examine where we’re headed by checking out the past and mining for the gold nuggets of wisdom contained in it. We can judge our present societies by what they do with the information stashed in history books and educational programs aimed to either suppress the apparent truth, or bring it to the light.

The scope of this article includes the brilliant civilization of ancient Egypt. Egyptians were incredibly resourceful, intelligent, and spiritually advanced people. They had a particular hierarchy that honored kings, and men and women were of essentially equal position.

Both sexes are necessary for the reproduction of any race and were treated as such in Egypt. Women often had many extensive rights for an old culture including buying land and getting into legal agreements.

Ancient wisdom and knowledge of old was accessible only by 40+ years of study, and Pythagoras had to spend this amount of time to simply understand what they were teaching inside the sacred walls.

Much of modern geometry, mathematics, science, physics, and astronomy stem from the Egyptian culture and most every structure of theirs was built with precise geometric angles, and aligned with specific star clusters.

Needless to say, if they had not graced the earth, we would not have developed fundamentals in these areas as thoroughly as we did. Evidence shows that Egyptian descendants dispersed into vast areas of the world including Latin America, Asia, and other parts of Africa.

If you study any of Graham Hancock’s fascinating work, he delves into Egypt, the pyramids, and the great Sphinxes. He suggests that the tail end of the Egyptians contained some of their most masterful work. They actually represent a culture far older than what we think we know about today.

1. There Is Always a Next Level of Consciousness / Success to Aim For 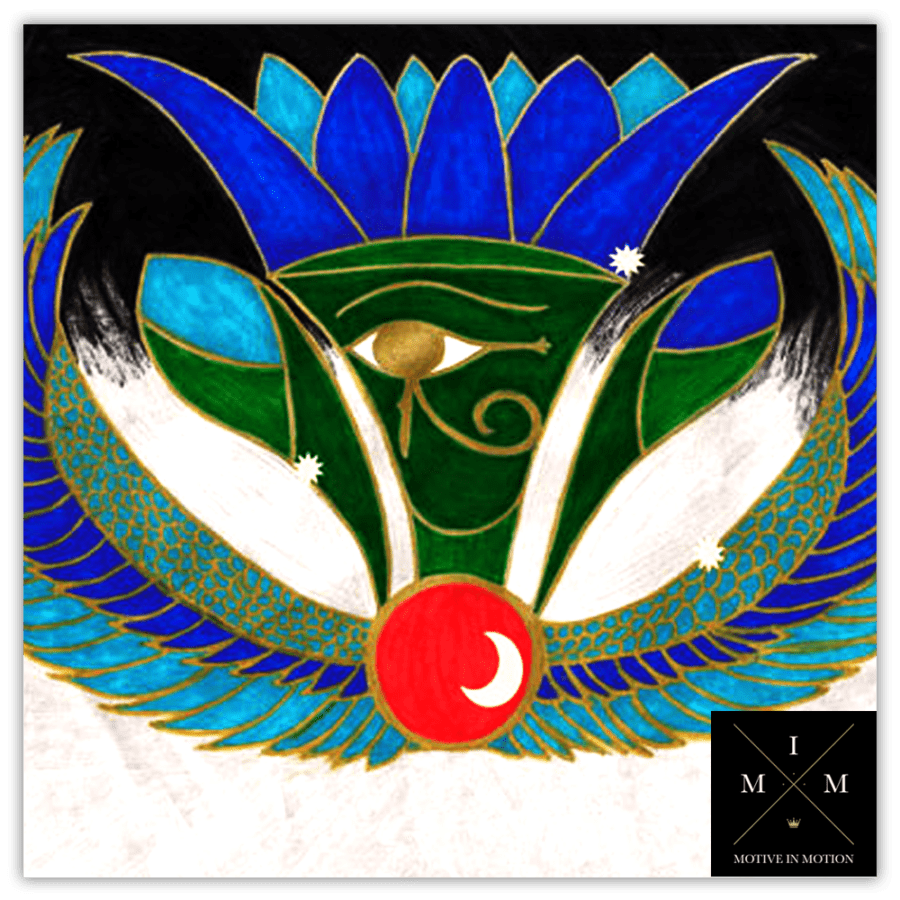 Wherever you are, whatever experiences you are having, and whatever thought plane you reside on, there is always a next level. There always is room for improvement and growth in the areas of understanding the world, knowledge of self, and expanded awareness. Some people are leagues ahead and some people are leagues behind where you reside currently.

This expanded awareness can be revealed in every aspect of life including health and nutrition, knowledge of history, conscious awareness of the environments, niche-specific experience and more.

The Egyptians understood these consciousness levels and constantly represented them through images and stories depicting snakes and the pineal gland.

The image of two snakes intertwining around a brain or sphere existed to show how people could constantly learn more about what they are experiencing in any aspect. The symbols represented playing with the psyche to explore truths and ancient wisdom of the universe.

They knew the importance of looking to our dreams to find out what we didn’t know about ourselves and our motives, they knew the pineal gland had to do with hallucinations, and likely understood that it secreted a chemical called DMT (Dimethyltryptamine).

They saw the importance of entheogens that could expand our awareness of the world and placed importance on meditation and third eye stimulation.

These factors undoubtedly played a part of how advanced and in tune with the universe they were.

2. They Knew That Everything Had Rhythm, Sequence & Divine Order 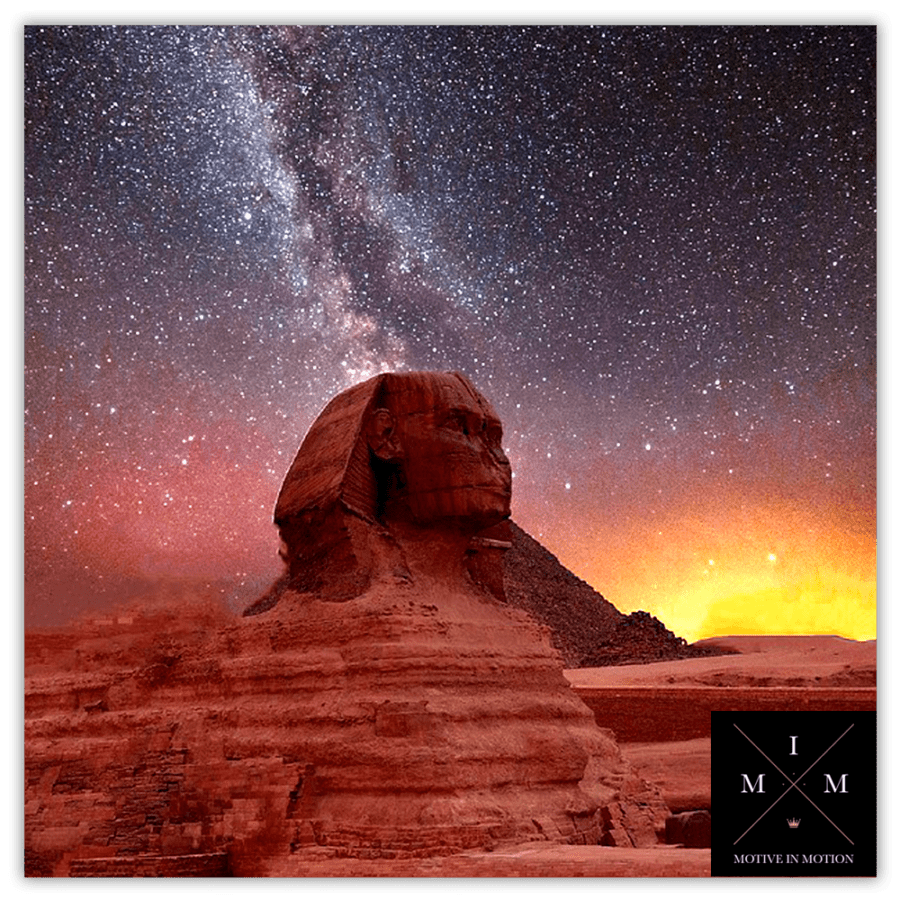 Nature never rushes, nature never pushes things like we push our projects, but it gets everything done. Time is a man-made concept but there are specific and defined rhythms and patterns in everything from heartbeats to evolution.

Bugs, plants and animals grow, or they die. Same goes with humans and their collective progression, we cannot simply stand still and prosper since change is the only constant.

The Egyptians knew how important order and rhythm were for daily lives because of the way they treated their kingdom, their building of massive structures, and their icons in hieroglyphics.

In due time, anything can be accomplished.

If we stay consistent, with a solid rhythm, we can systematically get to any goal we dream up.

The way they structured the hierarchy of kings and queens was under an order they specified by looking to their gods, and understanding that nature and God were one in the same.

3. The Best Could Be Yet to Come! Don’t Take Life Too Seriously 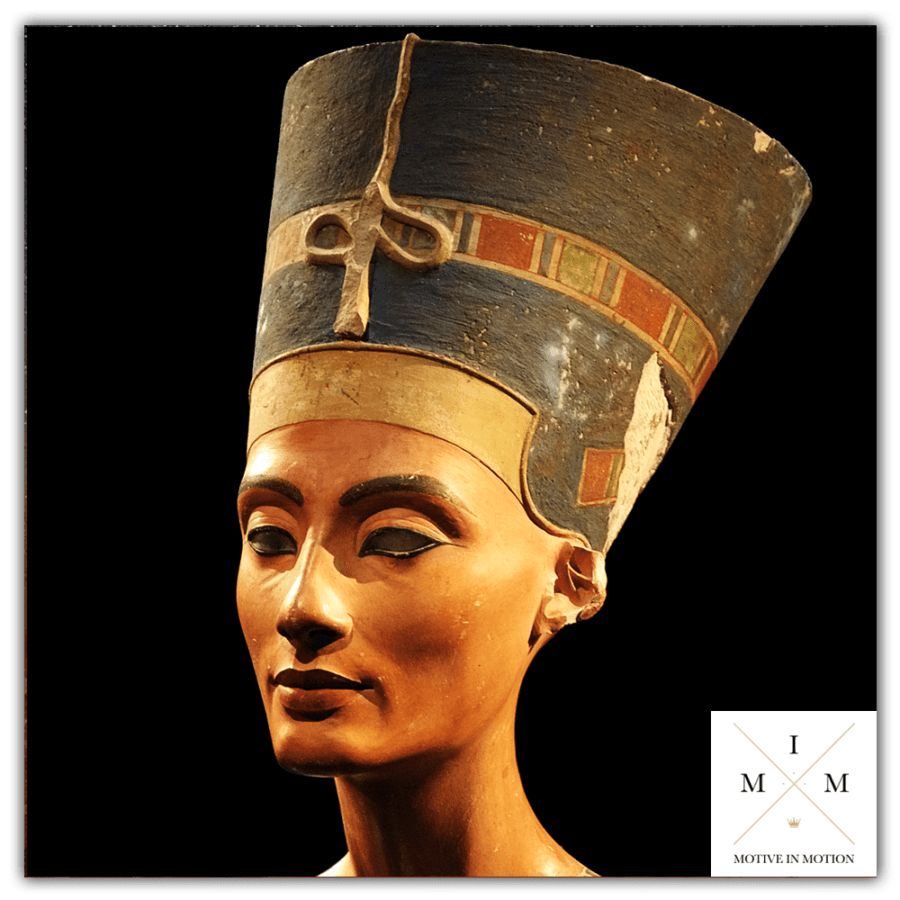 Life is trivial, so don’t take it too seriously all the time.

We might just be playing a game that will be exposed the moment we die. We release a massive amount of DMT from our brain when we die, so it could simply be all a dream…

The way Egyptians treated the afterlife was with respect and longing, because they stocked up coffins with gold, the finest jewelry, and other beautiful presentations. They wanted to prepare fully for their return to the place they came from and had in-depth beliefs and practices that they carried out in preparation.

Everything we’re building in this world can be important for others that are alive and want to achieve massive success and admiration, but it is possible that there is no point to it all! I’m not a nihilist but it’s a possibility that the best has yet to come in whatever form of afterlife there is, if there is one.

The Egyptians certainly treated the impending death as a gift and something to be looked forward to.

It’s clear that the existence of the extremely advanced and still perplexingly balanced culture of the ancient Egyptians produced a massive ripple on our paradigm even today. If we’re wise enough to continue looking for lessons that will teach and guide us on how to work, love, and play, we will gain timeless wisdom from Egypt and thousands of other cultures that have blazed the trail before our existence.

And now, I will present a piece that my friend Blake from Kenya Social Ventures created for this article. Blake has volunteered for years and lived in Nairobi, Kenya and he’s actively helping improve education processes as the CEO and founder of KSV. Blake’s created study abroad programs and professional internships for students in Kenya in order to shape tomorrow’s future leaders.

Blake is an extremely conscious, sincere, and well-traveled individual that’s got a first-hand take on Africa, which is why I’m excited to present his words about the topic of Egypt. His curiosity and hunger for knowledge are beyond his years.

“Newton once said, “If I have seen further it is by standing on the shoulders of giants.”

This quote always hit home with me concerning Africa.

Especially with popular Eurocentric literature getting ingested by our youth like Guns Germs and Steel. A classic example of not only overlooking the vast merits in the world of technology and knowledge of Africa, but similarly of Asia, India, and the Middle East.

It’s one thing to not concern yourself with history and simply use the technologies at your disposal to go about your daily life. However it’s a completely other thing to simply claim us white Europeans and Americans were the creators of everything we have today, and that if it wasn’t for US the world would still be riding horseback living in mud huts.

Some don’t even realize it was Africans and Arabs who actually brought Europe out of the dark ages. The Moors and Nubians’ explorations up North, teaching the basics of horticulture, astronomy and even banking to the then primitive Anglo-Saxons is something more than just overlooked, it’s completely forgotten about.

One of the largest issues faced in the first half of the first century was the issue of sanitation and animal control.

The act itself of corralling one’s animals at night and separating them from areas of eating and cleaning is documented to have been first passed on by the then Ethiopians.

Most forget that there was a time only a few hundred years ago when the biggest threat to Great Britain’s survival was horse shit covering the roads and ridding their population with disease.

Even during the times of great discovery and advancement of the Western world, it was only the act of opportunity cost that allowed for such time devoted to studies and not survival.

Where was the tea and coffee grown, picked, and transported from that allowed for early century scientists in Europe to stay stimulated long through the night hours of work?

Who picked, spun, and stitched the cotton of American philosophers and economists to keep warm long through the cold East Coast winters?

The same could be compared of the food they ate, shelters they resided in, medicine they ingested, toilets they shit in, carriages they rode and boats in which they sailed.

These are not gods, but mere mortals given the opportunity cost to create something great. Without that time, without those resources, they would be nothing more than peasants wishfully thinking.”

That was Volume 1 of the Recollection of History Series on Ancient Egypt. Stay tuned for the next parts as we dive into other cultures for success wisdom! 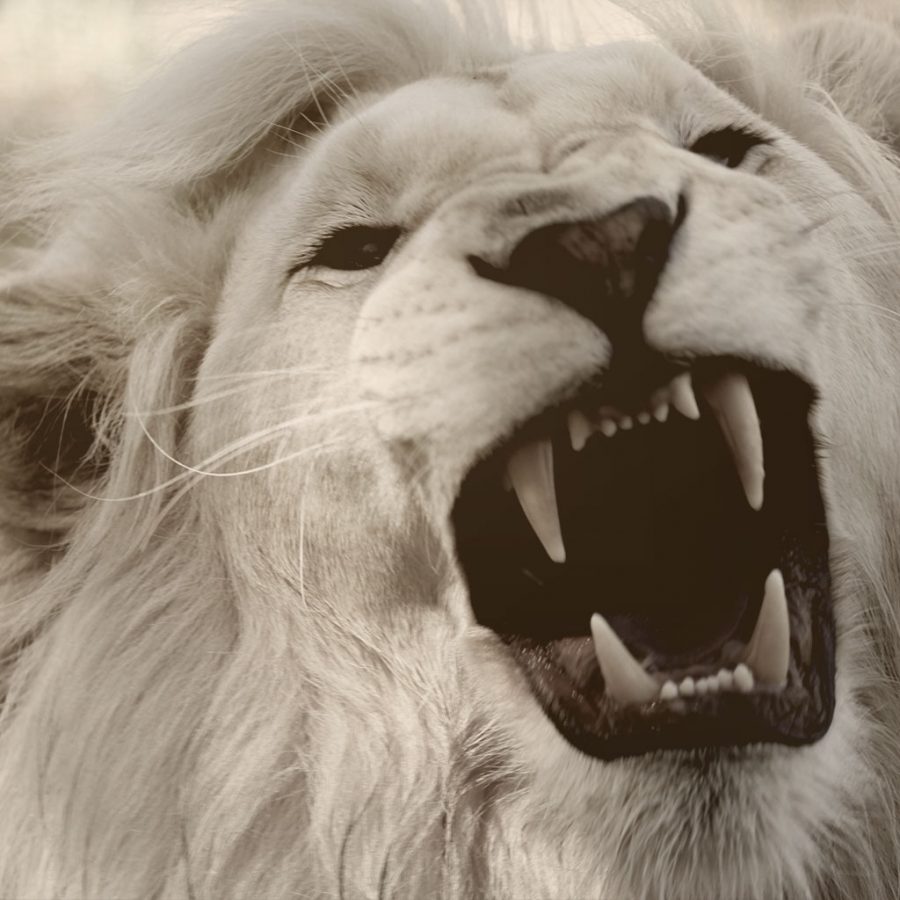 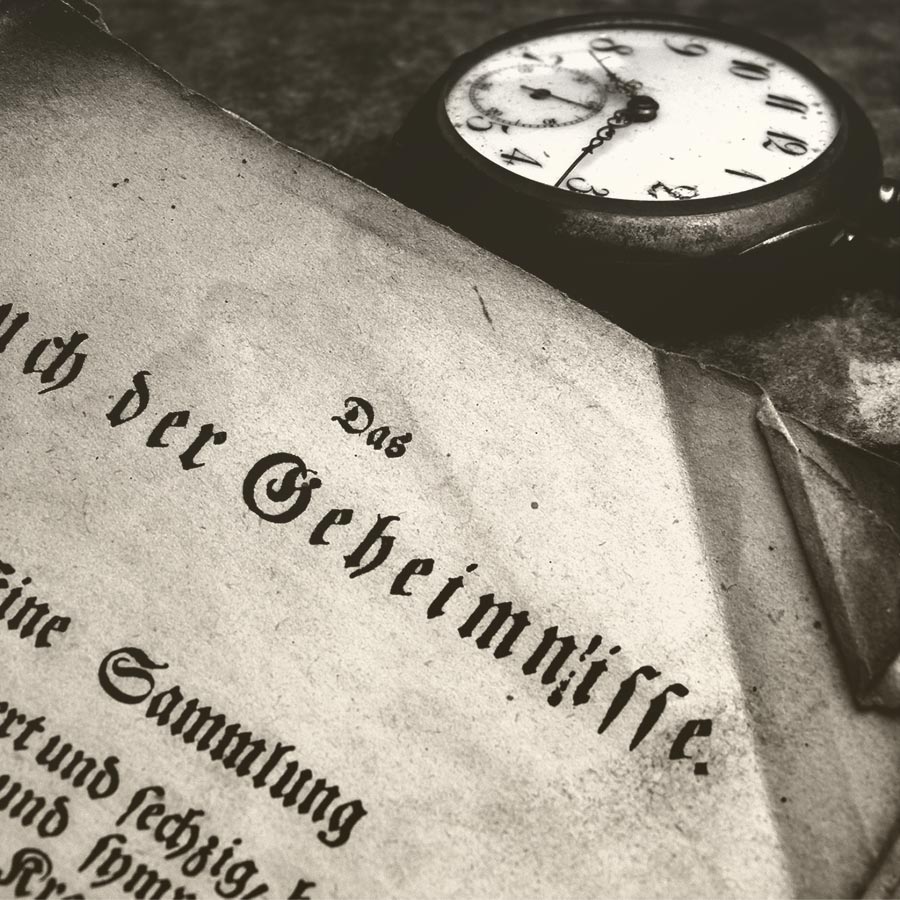 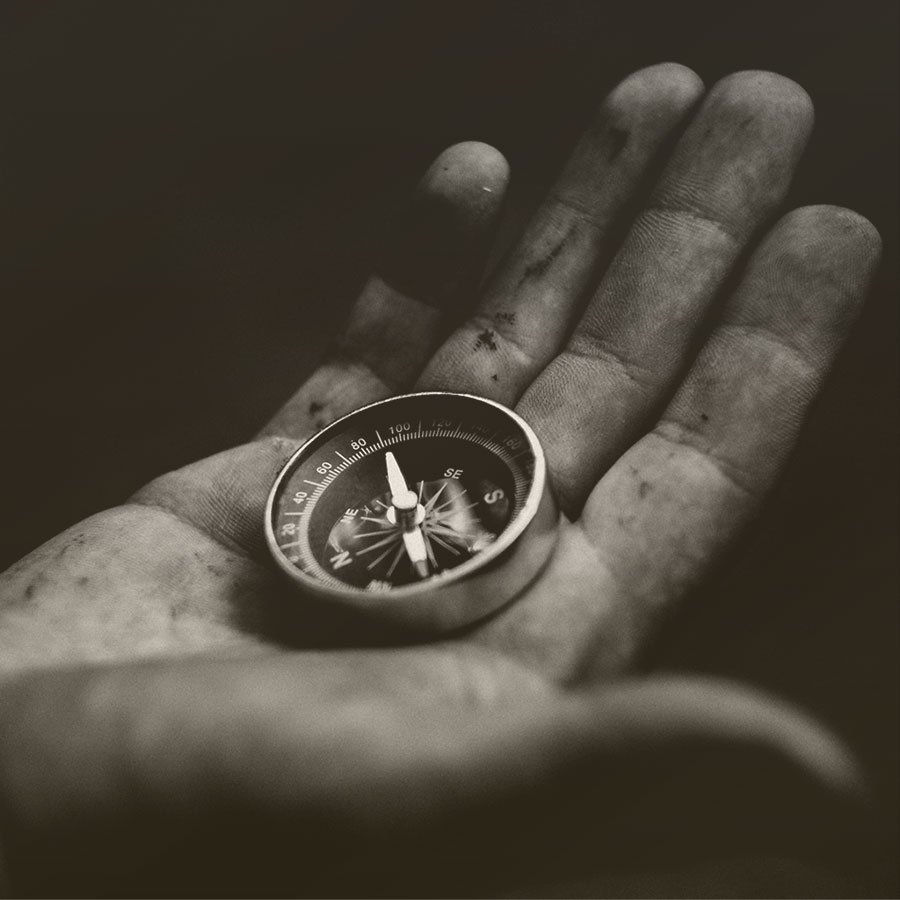